Last week I had the opportunity to travel to Tokyo for the 2016 IASS Symposium, as one of the award recipients for the IASS design competition for an alternative New National Stadium. While I spent most of my time at the conference sessions, I still got to see many incredible structures while on a tour organized by IASS. Here are some highlights:

The Prada store by Herzog & de Meuron and Yakenaka Corporation features a lattice of H-sections that serves as both the lateral structural system and as the façade. 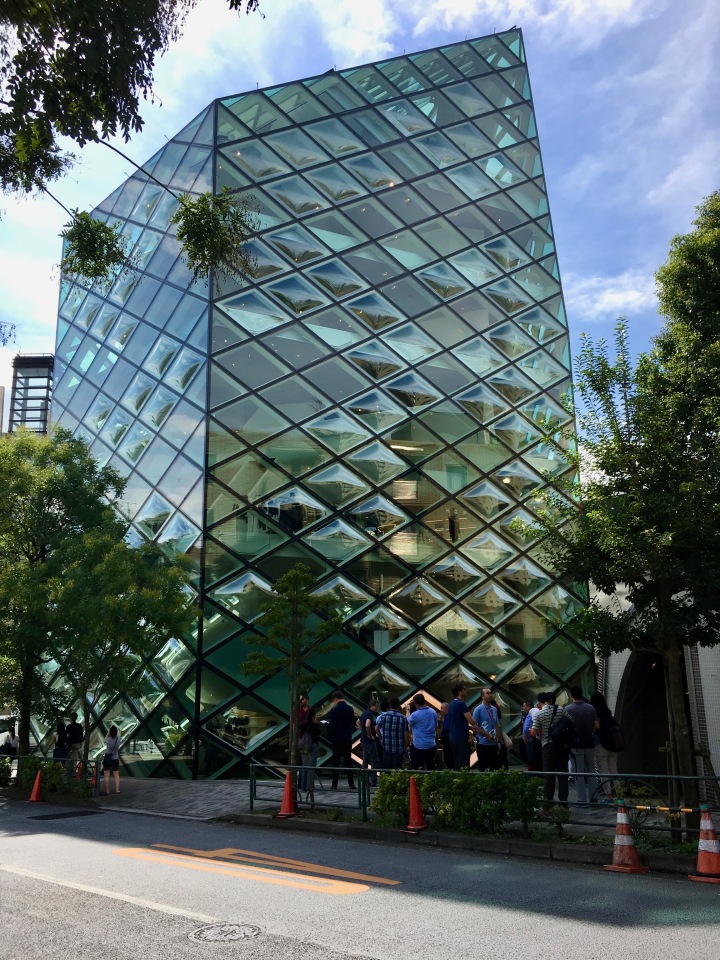 While on the tour, we got to see the Yoyogi Indoor Stadiums built for the 1964 Olympic Games. This was a very special visit, not because the 2020 Tokyo Olympic facilities were a major talking point at the conference, but because chief engineer Mamoru Kawaguchi was there to explain the project to us. At the time, Dr. Kawaguchi worked at Yoshikatsu Tsuboi’s firm, which designed the stadiums together with architect Kenzo Tange.

These two adjacent cable roof structures (one stadium for 15000 spectators and another smaller one for 4000) continue to be icons of 20th century architectural and structural design. 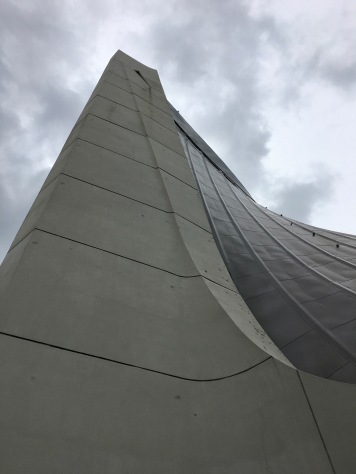 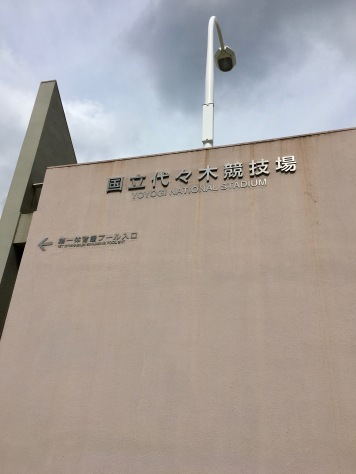 Also on the tour, we visited the nearly-complete Roppongi Grand Tower, a 43-story tower by Nikken Sekkei Ltd. with a unique seismic design. Just below the Sky Lobby on the 29th floor is a “seismic isolation story” that features a complex arrangement of 161 rubber, steel, and oil dampers.

The U-shaped steel damper (above), obviously not designed to transmit any vertical loads, is supposed to deform plastically in the event of a major earthquake. Vertical loads are transmitted through the large rubber pads (green). These dampers connect to oil dampers (blue), which dissipate seismic energy as heat.

Also, the views of Tokyo were amazing. 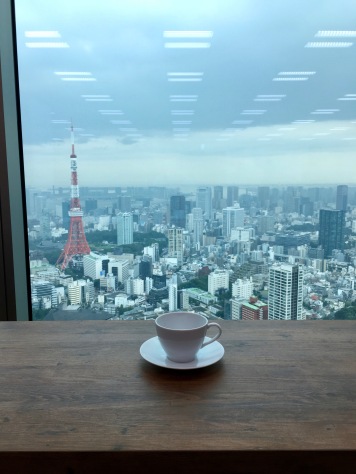 We finished the tour at the Tokyo International Forum, a convention center by Rafael Viñoly. The atrium features semi-circular steel girders that mimic the hull of a ship.

Overall, it was a great day and a great week in Tokyo!