Throughout the summer, friends of the Form Finding Lab have been sending postcards from the places they have visited. The postcards are also featured on our Facebook page. For this special summer post, we’ve compiled the postcards for all to enjoy! For the next 2 weeks we are on vacation. Stay tuned for more of our exciting posts in September! August 2016 Author: Victor Charpentier END_OF_DOCUMENT_TOKEN_TO_BE_REPLACED 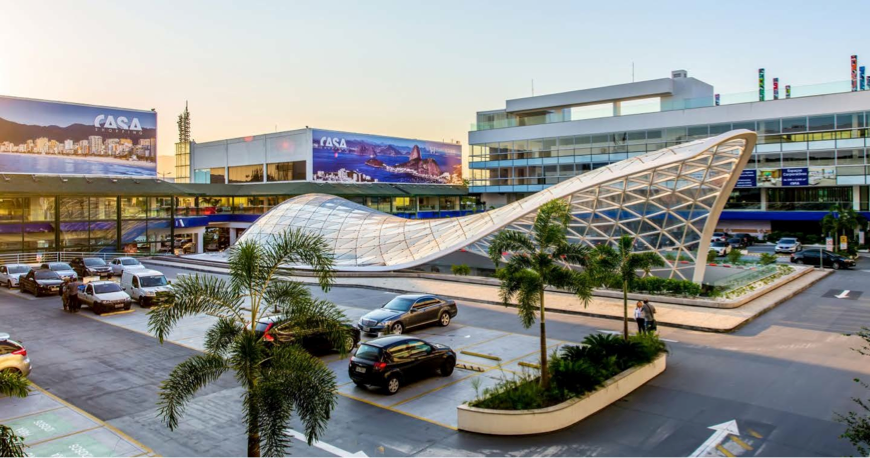 The Carioca Wave was completed in 2013 in Rio de Janeiro, not far from the 2016 Olympic Village site. We first discussed this structure in our interview with Knippers Helbig. In this post we observe architect Nir Sivan‘s design process for designing this elegant structure.

When Nir Sivan got the opportunity to build a freeform steel/glass canopy roof as a welcoming entrance area to “CasaShopping,” South America’s biggest design center, he was thrilled and knew that whatever he designed, it had to be and behave as a part of the “marvelous city,” as Rio is often nicknamed.

Nir Sivan started working on the master plan in his office in Rome, but the actual shape of the project was only designed when he came to Rio. The inspiration came while he was sitting on one of the many famous beaches with a local cold drink. He remembers drawing in his sketchbook – 5 or 6 simple lines, but they captured it all:  the calm; the movement; the sound, the “Carioca,” as locals from Rio area are called.

He created a shape of a single yet geometrically complex surface of the double curvature. The surface starts at the upper floor above a blue colored water pool, then rises up curving, growing forward, twisting to the other side, and finally dropping down to a lower floor, splashing into a white colored pool. Around it you will find water, sand, Portuguese paving, and other elements to merges the project with the local language.

Inspired by its context, the project was driven artistically and emotionally, and developed architecturally, adding both value and function to its surroundings.

END_OF_DOCUMENT_TOKEN_TO_BE_REPLACED 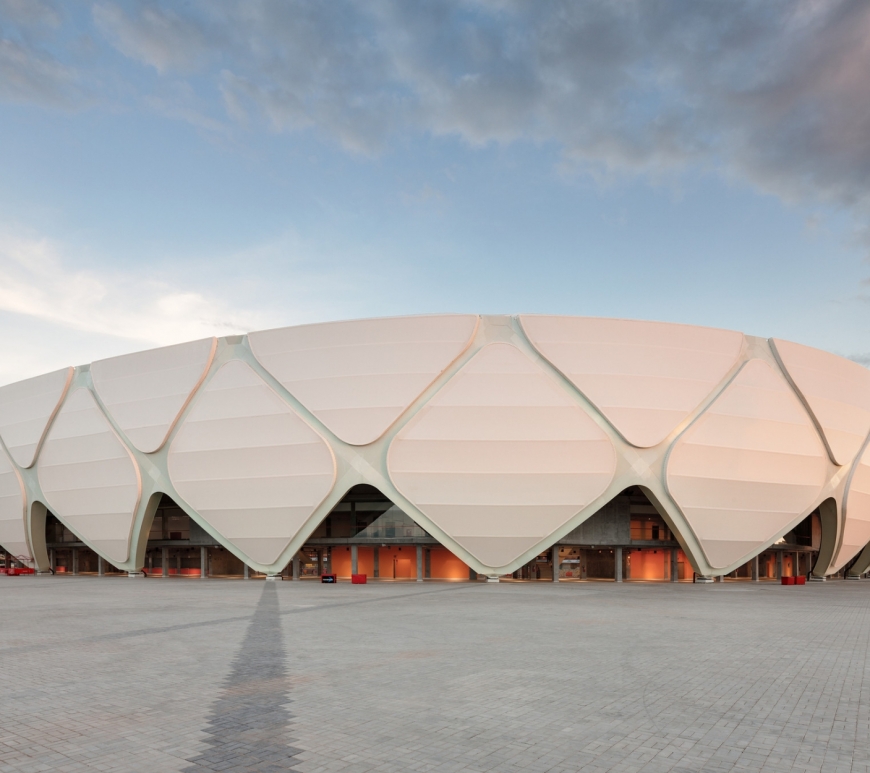 The world has tuned in to the Olympic Games in Rio de Janeiro to witness the highest caliber of athletics. However, unbeknownst to most spectators, this is also an occasion to see first-rate structural engineering: A lot of the action will be taking place against a backdrop of stadia and venues made possible by the work of schlaich bergermann partner (sbp).

Engineer Knut Stockhusen is a partner and managing director at sbp, and was paramount in establishing sbp’s presence in Brazil. In April, he came to visit Princeton to give a lecture and workshop on deployable roof structures, and I was lucky enough to sit down with him for a conversation.

Before talking about Brazil, I first wanted to hear more about schlaich bergermann partner.

Olek Niewiarowski: You’re always traveling and working around the world, but you’re based in Stuttgart, Germany. How is that like?

Knut Stockhusen: Our HQ is in Stuttgart, that’s where a lot of our activities are coordinated. But we have five other offices: Berlin, where Mike Schlaich is professor, New York, Sao Paulo, Shanghai, and we opened an office in Paris just this year. We noticed over the last few years that while it’s good to have one “base camp”, we still need several locations where we can work and live. We can’t travel all the time, and it is paramount to adjust to the local culture and the way of doing things.

What is special about Stuttgart?